A different way of walking to Compostela
– Live the Way

Preparing and planning the Way, stage by stage, is also part of the adventure. 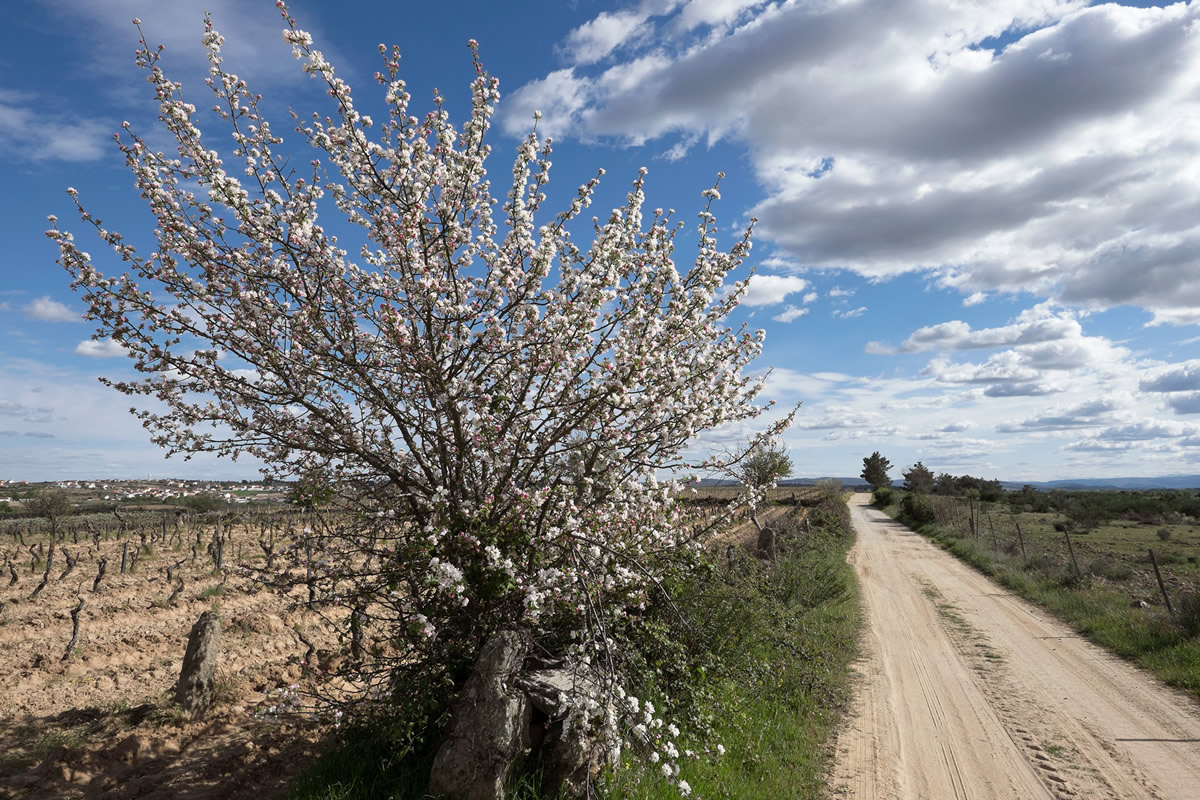 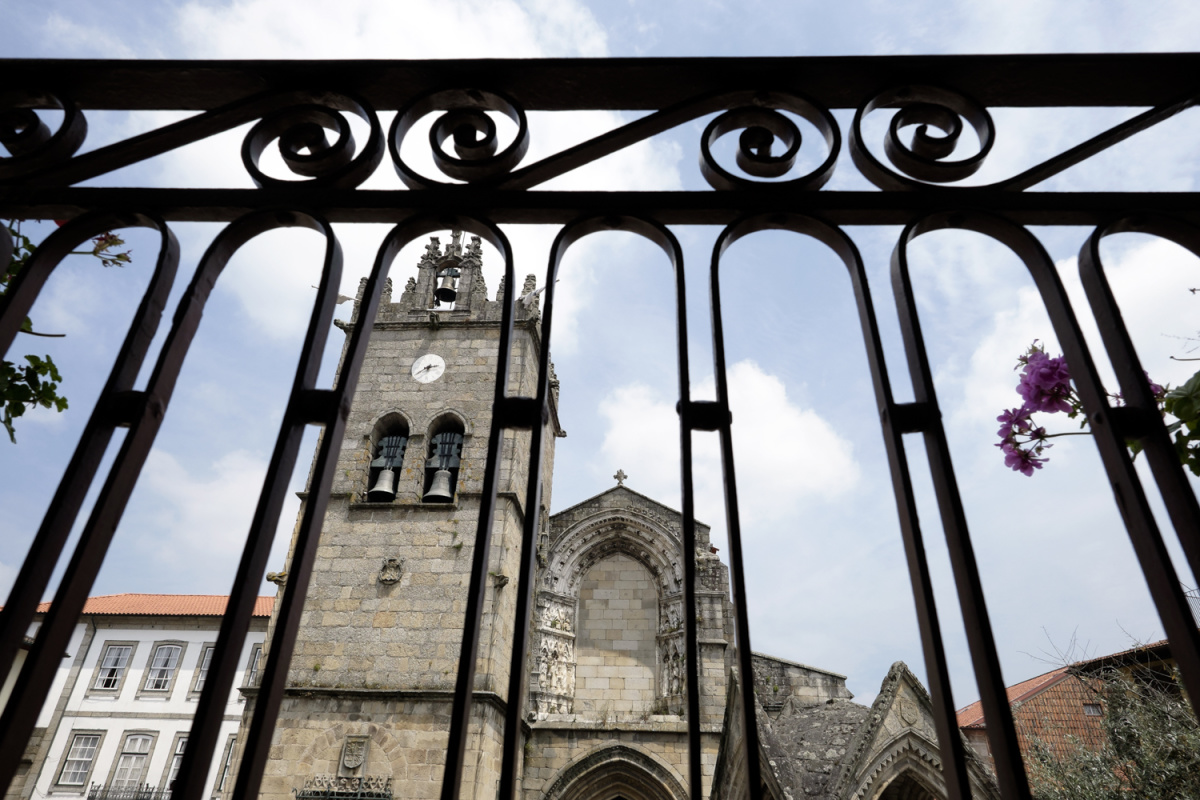 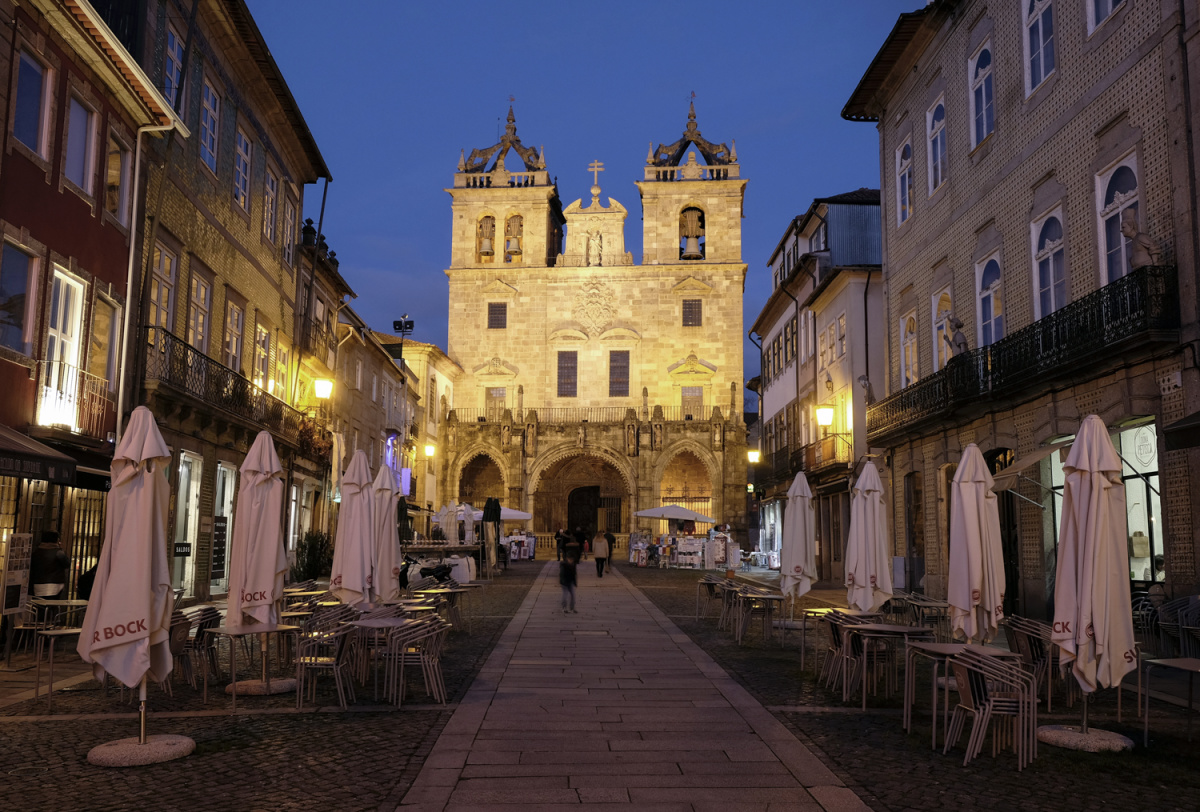 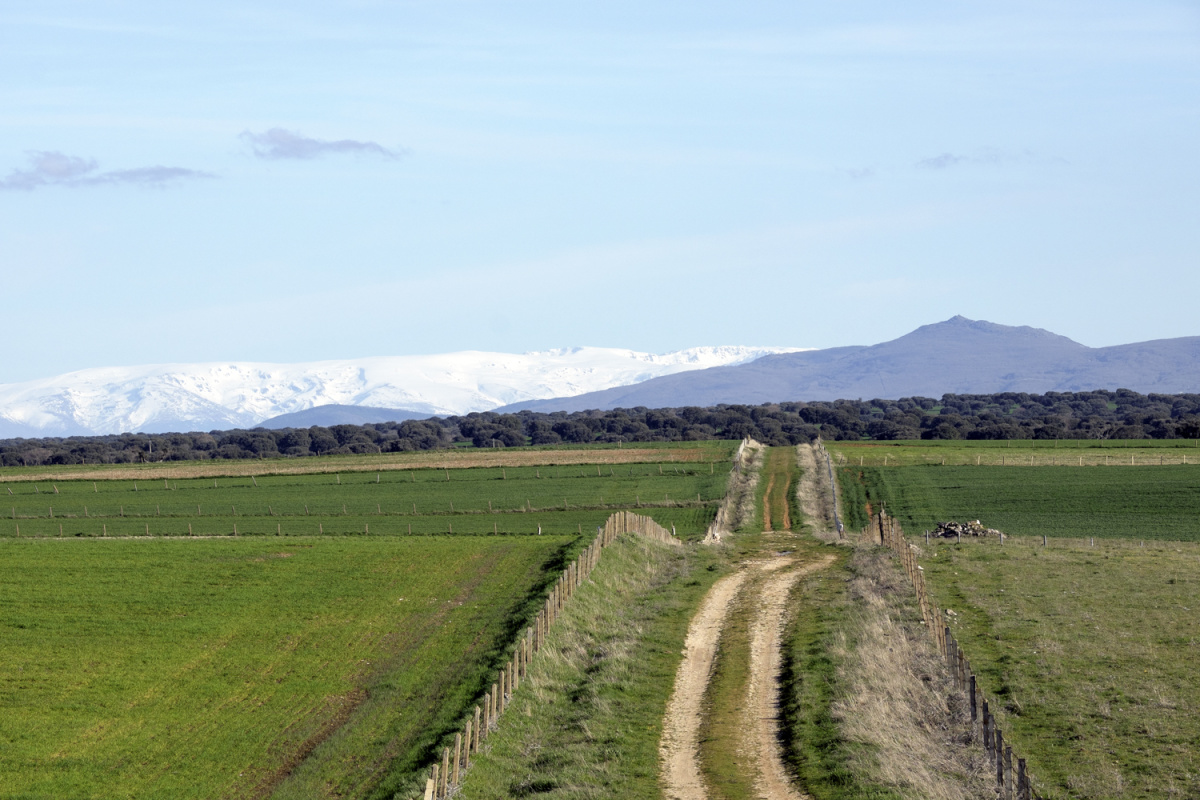 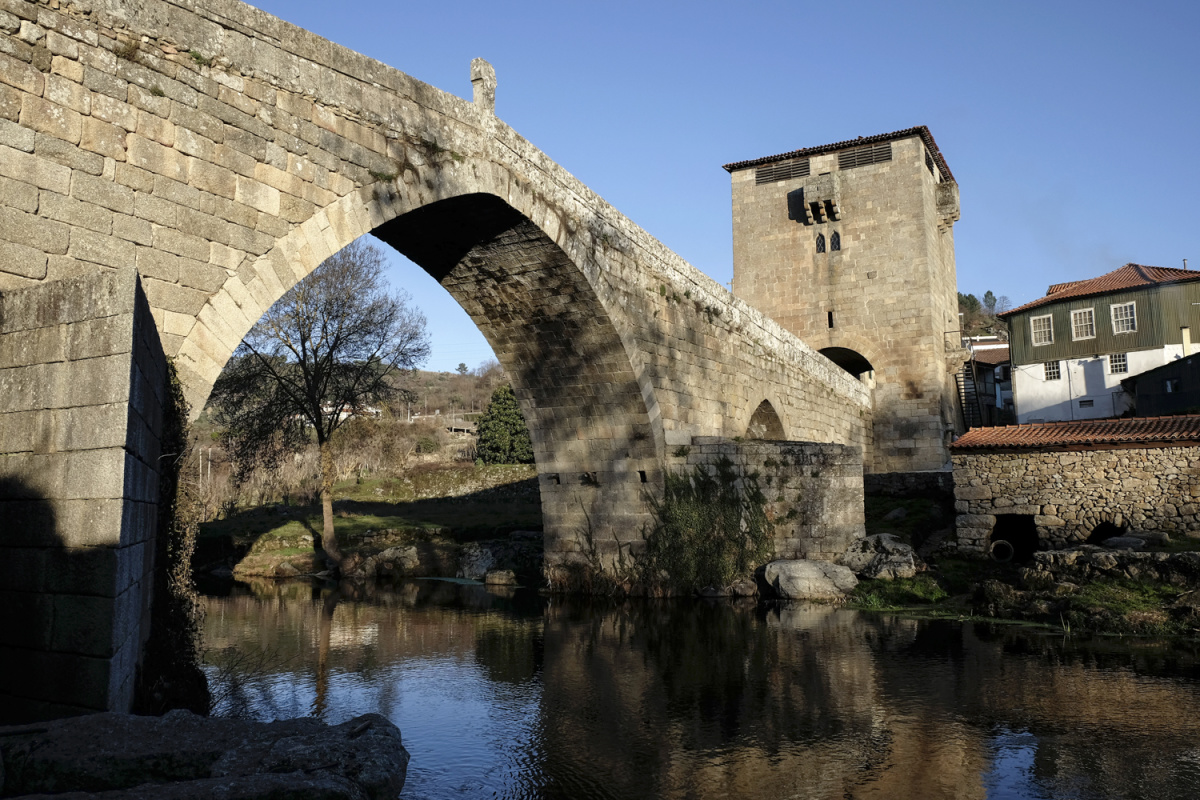 A different way of walking to Compostela 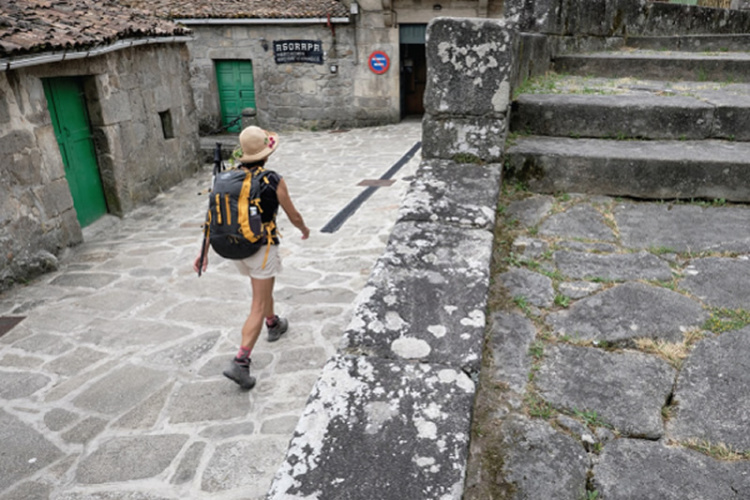 Diego de Torres Villarroel chose a little documented itinerary for his pilgrimage. He did it because there was a way.

The historical dimension of this route is a surprise for contemporary pilgrims. It provides contact with ancient monasteries and lodges, where travellers spent the night, and is served by a considerable number of medieval and modern bridges, reminiscent of ancient travel routes. In between, there is an impressive set of marks of the cult of Saint James, sometimes in places so remote that the impact of the Jacobean traditions in the history of the hinterland of Portugal cannot fail to amaze.

Access to Lamego from the southeast, the crossing of the Douro River or the access to the medieval road that linked Amarante to Braga, passing through Guimarães, are aspects of this way's authenticity and deep roots in the Middle Ages. 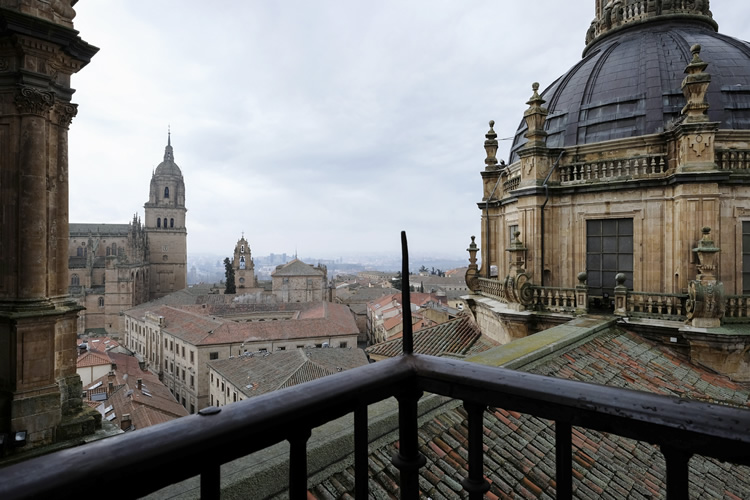 The way passes by four world heritage sites and six cathedrals. But often more important are the discreet legacies of the ancient cult of Saint James, such as the oldest sculptural representation of the apostle in Portugal, engraved on the main façade of the parish church of Sernancelhe.

The heritage associated with Saint James' cult and pilgrimage itineraries is structuring. Gloria's door of the Cathedral of Ciudad Rodrigo, the monumental complex of St. Gundisalvus of Amarante – a legendary pilgrim who promoted the construction of a bridge over the Tâmega River for the benefit of travellers – or the church of St. James of Braga are impressive materialisations of Jacobean relevance in these territories.

And there is so much more… from the monumental bridge of Ucanha to the simplest and most unnoticed Cavalar Bridge, from the fort of Nuestra Señora de la Concepción to the fortified city of Valença, from the diving fountain of Póvoa de Rei to the Saint James fountain of Braga, there is an immense heritage that reflects the historical roots of this itinerary. 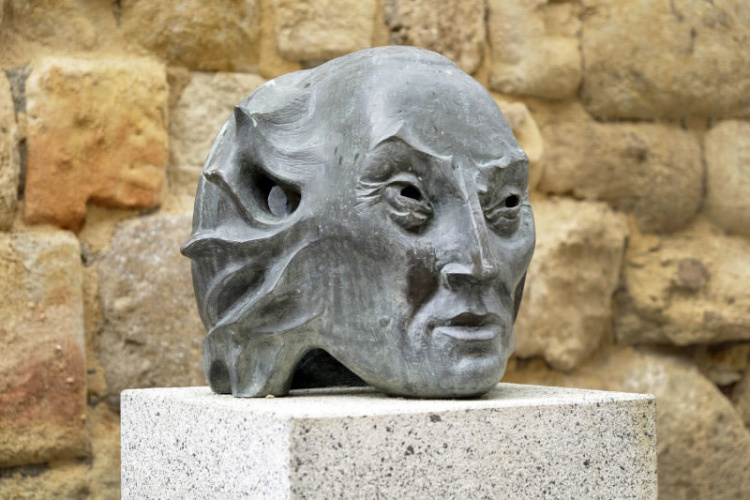 The Torres Way takes its name from its most famous pilgrim, the writer Diego de Torres Villarroel, from Salamanca. It is a Jacobean itinerary that runs along ancient medieval roads that linked Salamanca and the hinterland of Portugal to the peninsular west and the coastal roads that provided access to Santiago de Compostela.

Throughout more than 20 days of walking, pilgrims enjoy a diversified route with its own identity, which is hard while at the same time fascinating, which is unknown and yet has so many points of interest for Saint James' cult.

Those who venture along these almost 600 km of route face steep climbs and long lonely days, but also pass by unexpected urban centres, stunning stretches of landscape and come into contact with a surprising heritage.

The Torres Way takes its name from its most famous pilgrim, the writer Salmantino Diego Torres Villarroel.
Get to know the Way and its 24 stages.

Over more than 24 days of walking and almost 600 km, pilgrims will pass through unexpected urban centers and breathtaking stretches of landscape.

App and Portal
of the Way of Torres

A different way
of walking to Compostela